The City of Webster City Wastewater Treatment Plant was originally constructed in 1939 with five major upgrades over the past 83 years. The facility utilizes a fixed film technology where bacteria grow on rock and plastic media that is in contact with wastewater to break it down for discharging to the stream. The facility’s aging infrastructure, obsolete equipment, and tight space constraints of the existing treatment plant site will require significant improvements to maintain compliance with Iowa Department of Natural Resources (DNR) and US Environmental Protection Agency (EPA) regulations.

New requirements in the recently renewed National Pollutant Discharge Elimination System (NPDES) discharge permit include compliance with the Iowa Nutrient Reduction Strategy for removal of total nitrogen and phosphorus. In addition, the current facility is operating above rated capacity. Expected growth of the City and industrial users requires an increase in plant capacity. The City of Webster City completed this evaluation of alternatives for wastewater treatment facility improvements to meet the needs of the community over the next 20 years.

Modifications to the existing system were evaluated and found to be not economically feasible. The existing fixed-film process is not capable of significant total nitrogen and phosphorus removal as required by the Iowa Nutrient Reduction Strategy. Additionally, the existing treatment facility is at the end of its useful life and a major renovation is required. The existing plant site’s limited size and close proximity to housing and the flood plain make expansion at the current plant location not feasible.

The City needs to proceed with construction of a new extended aeration activated sludge plant with biological nitrogen and phosphorus removal at a site previously purchased by the City south of town. Extended aeration activated sludge is a robust treatment process with proven success achieving low ammonia and total nitrogen discharge concentrations. 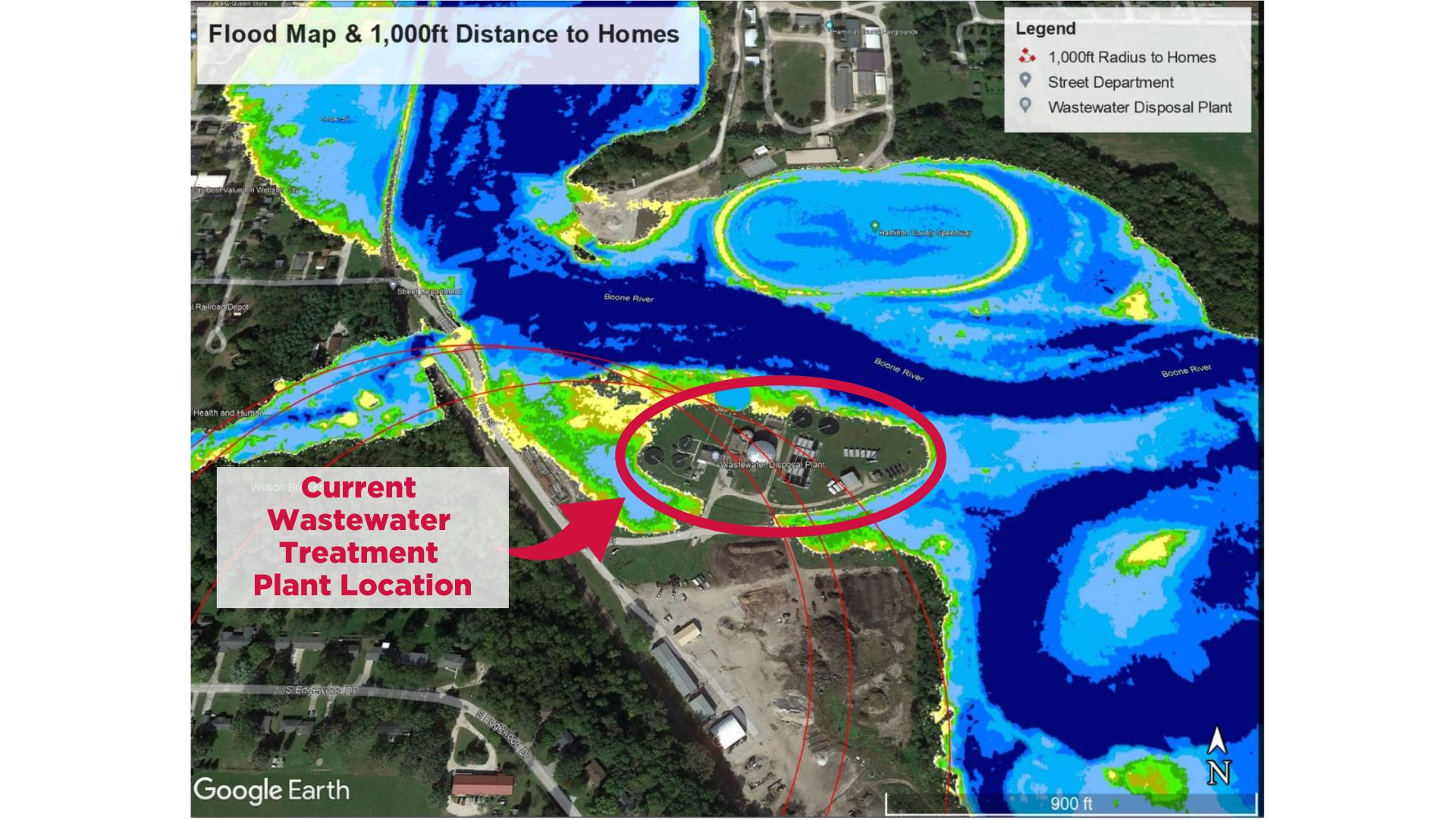 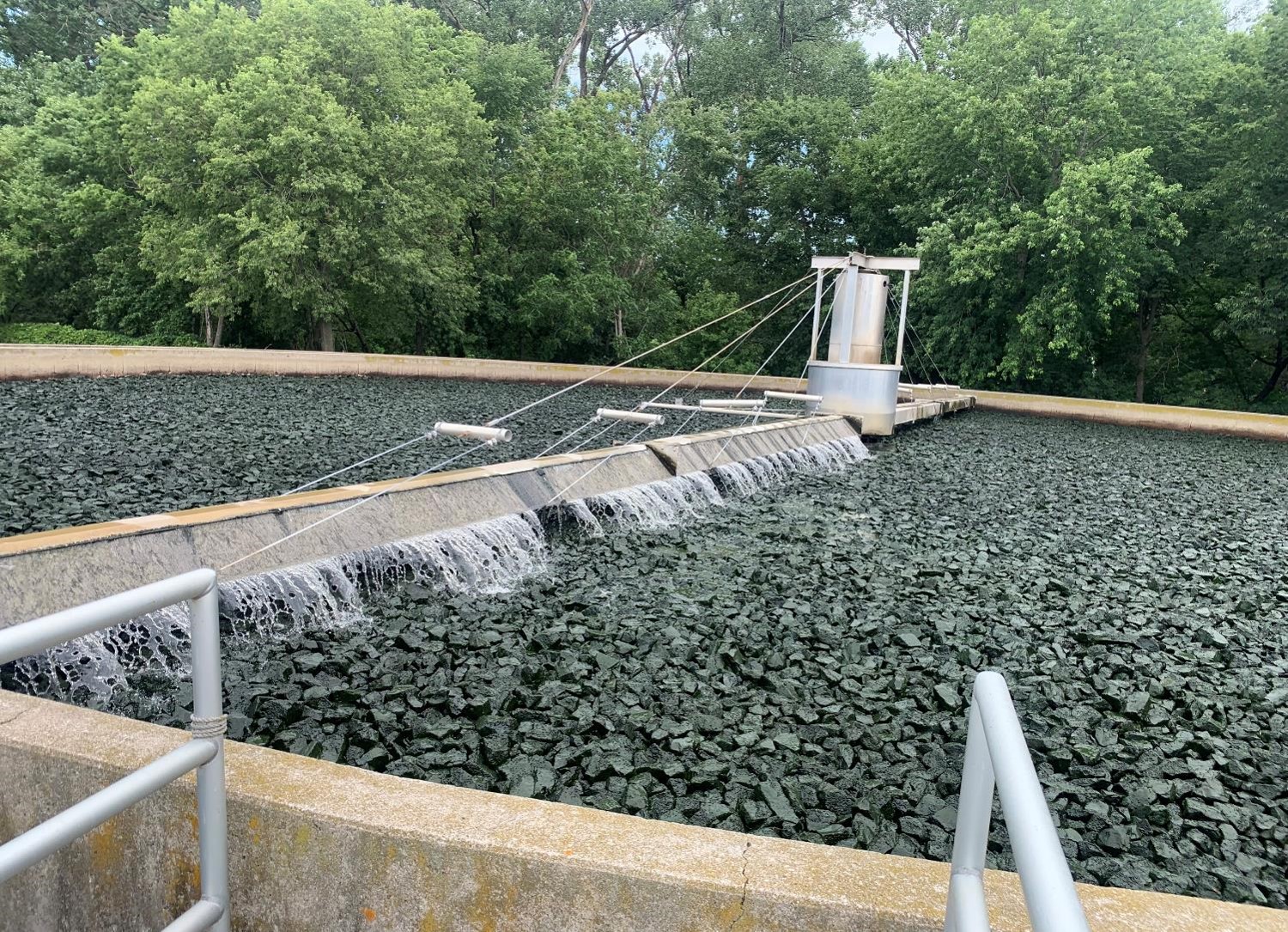 Rotating Biological Contactors or RBC’s is a fixed film treatment process used in secondary treatment of wastewater. The RBC process allows the wastewater to come in contact with a biological film in order to remove pollutants. RBC’s consists of a series of closely spaced parallel discs mounted on a rotating shaft. RBC’s are usually submerged 30% to 40%. 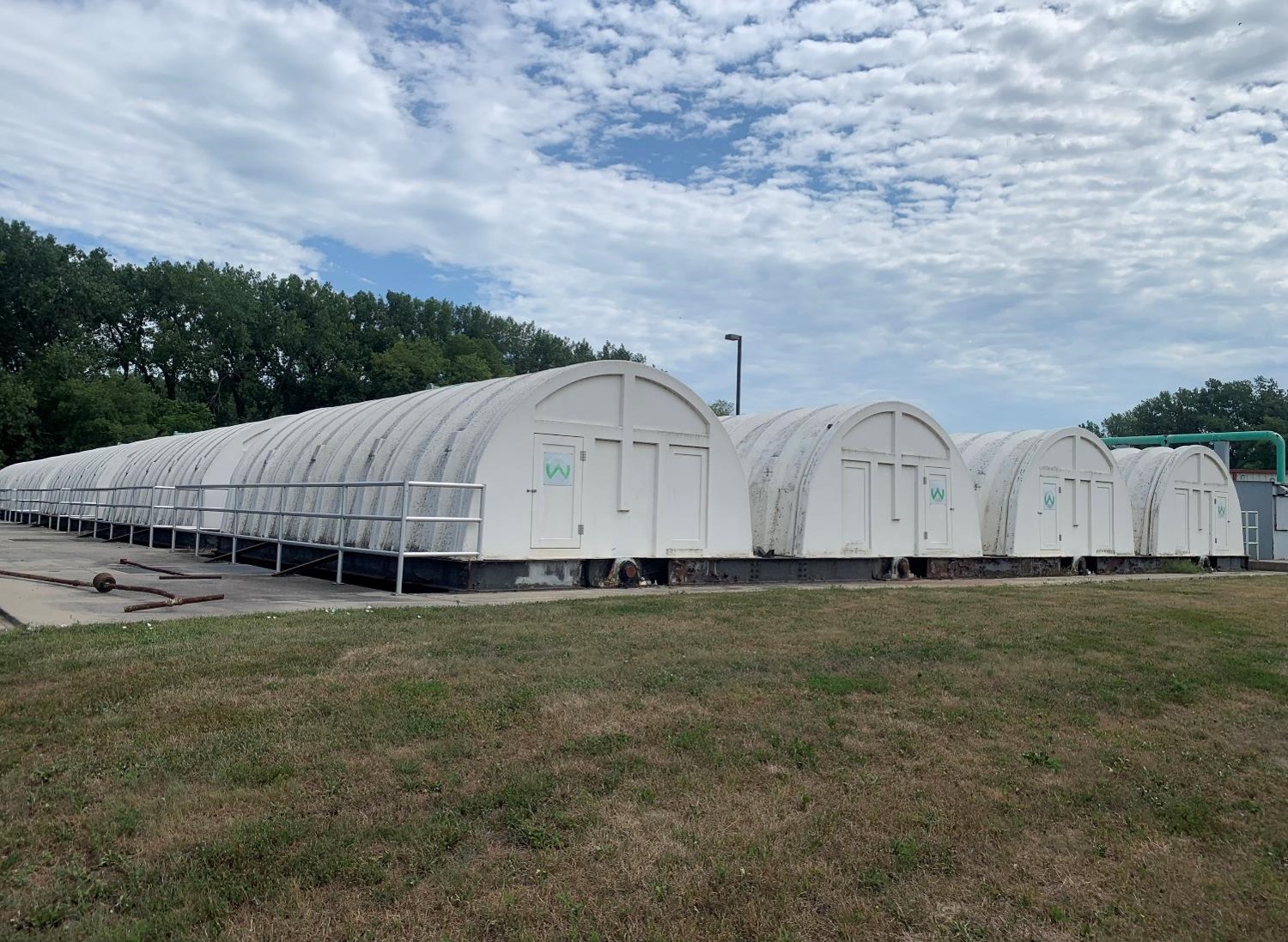 Fix film media has micro-organisms that grow. They build up on the media until they are sloughed off due to the rotating disc in the sewage. 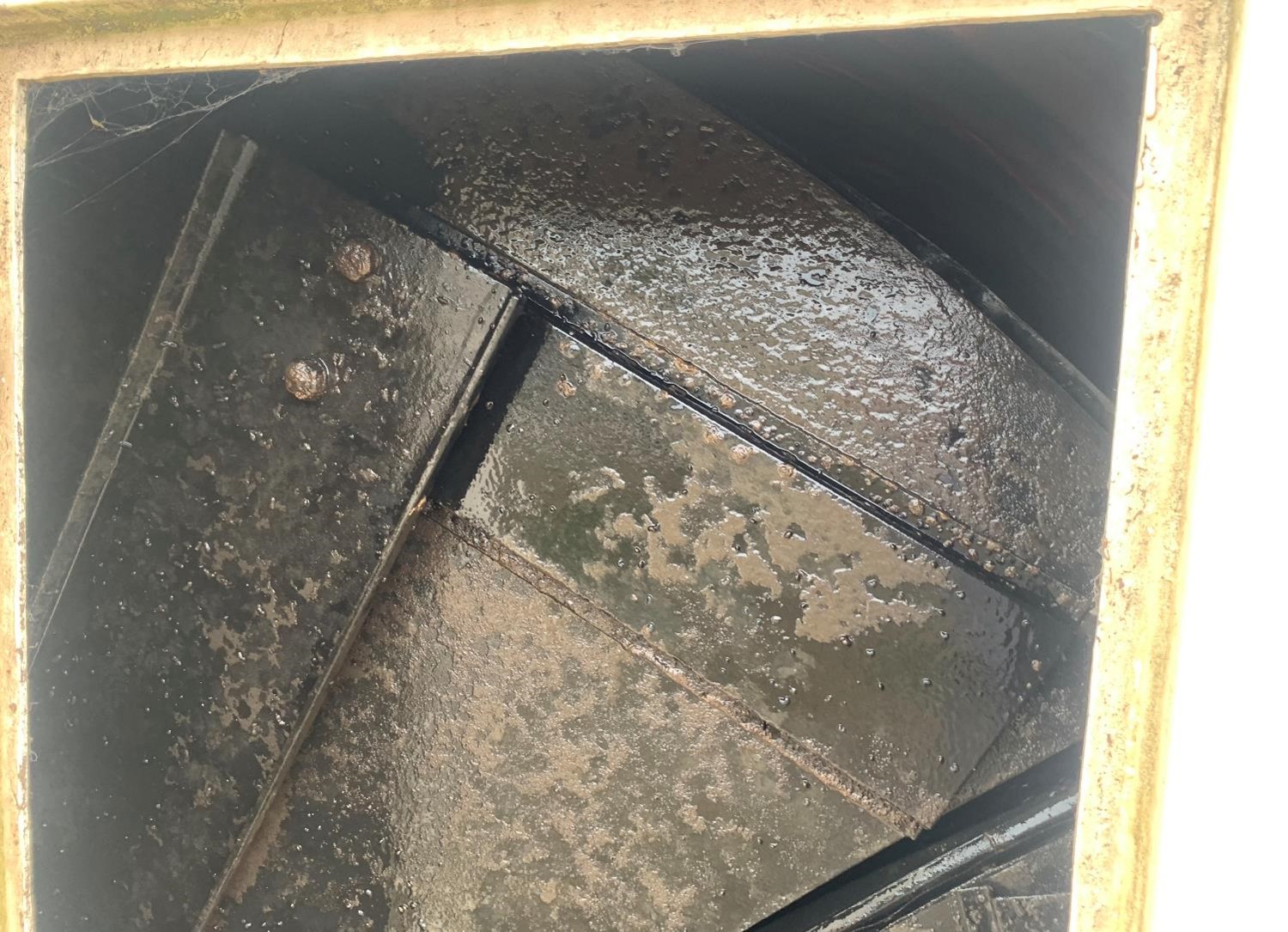 Electrical panel that controls the set points for the wastewater plant operations. 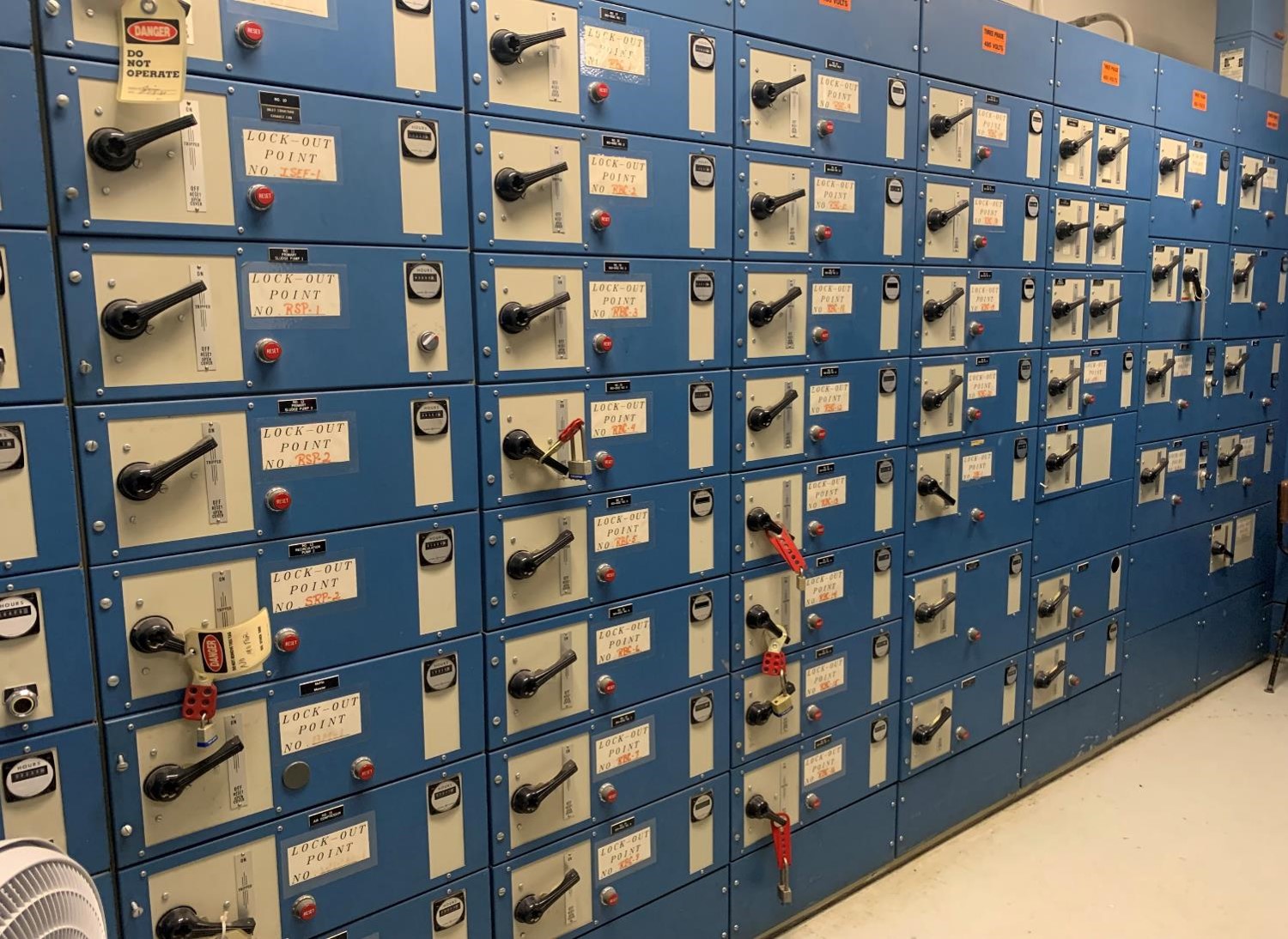 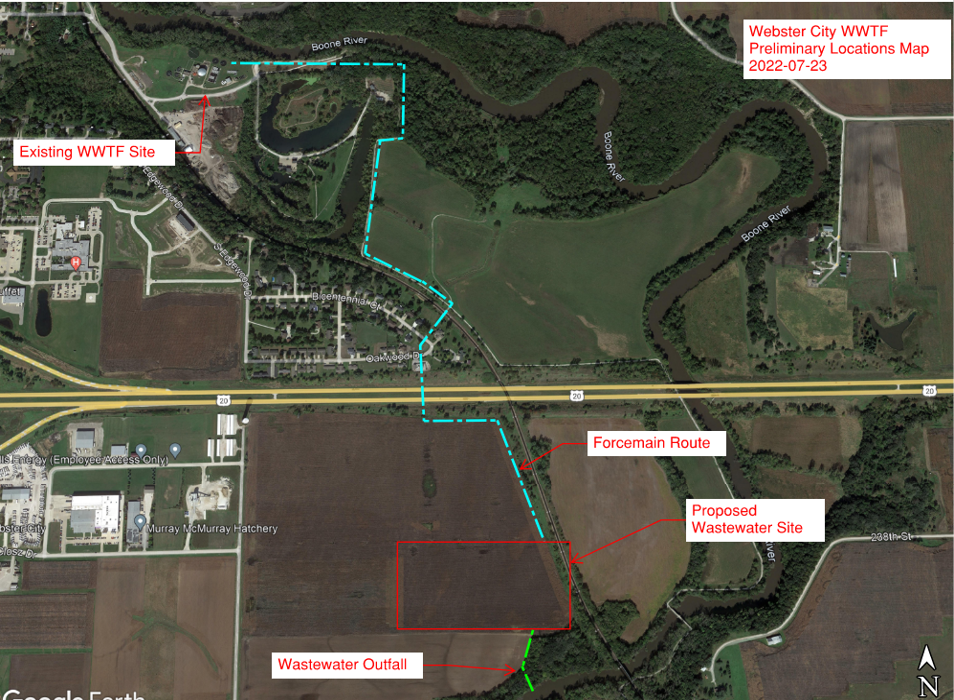 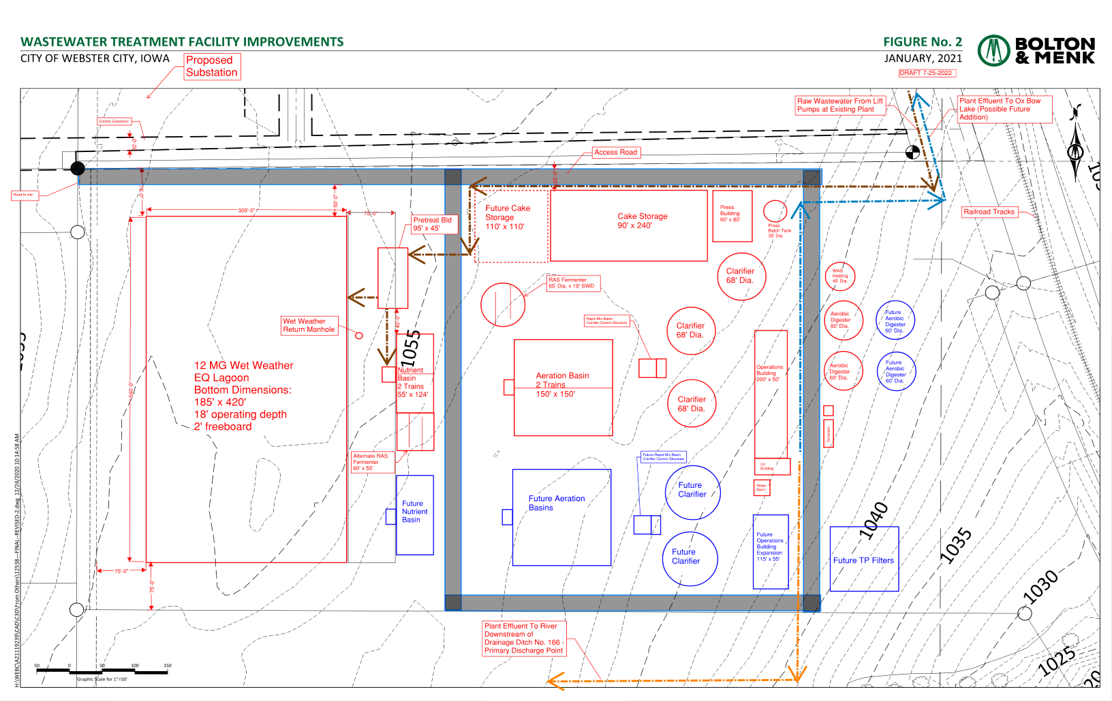 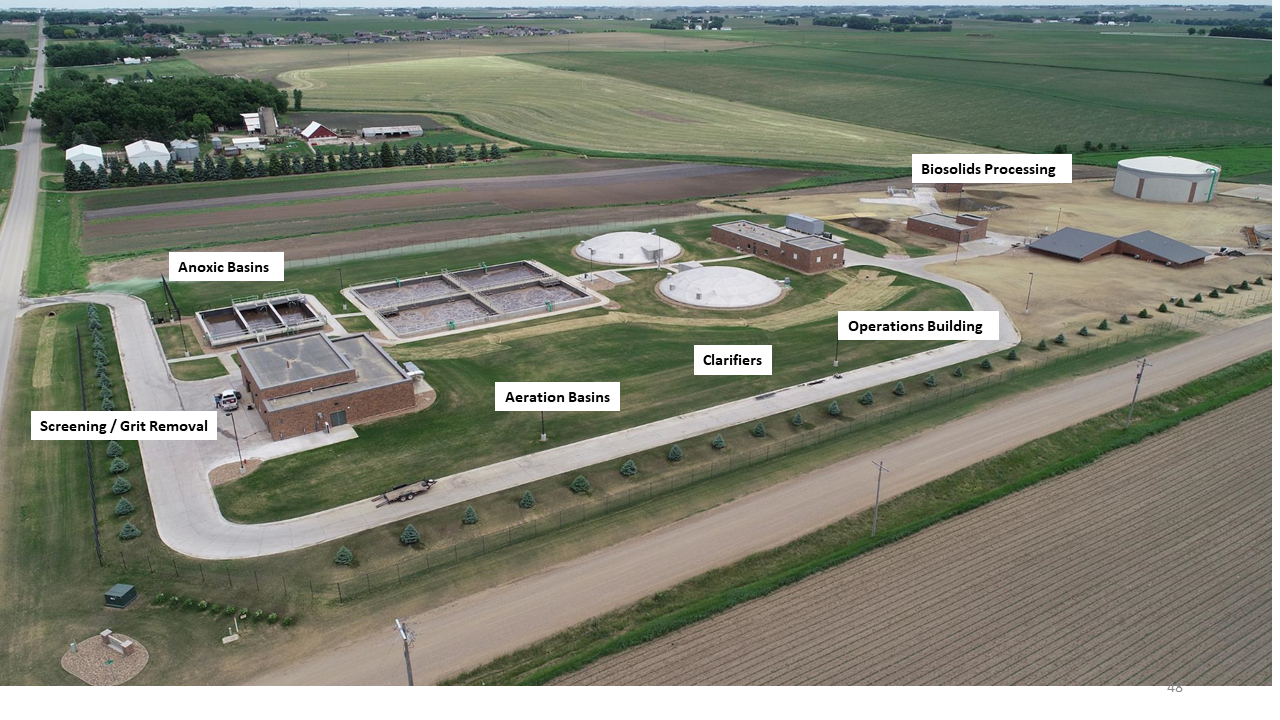 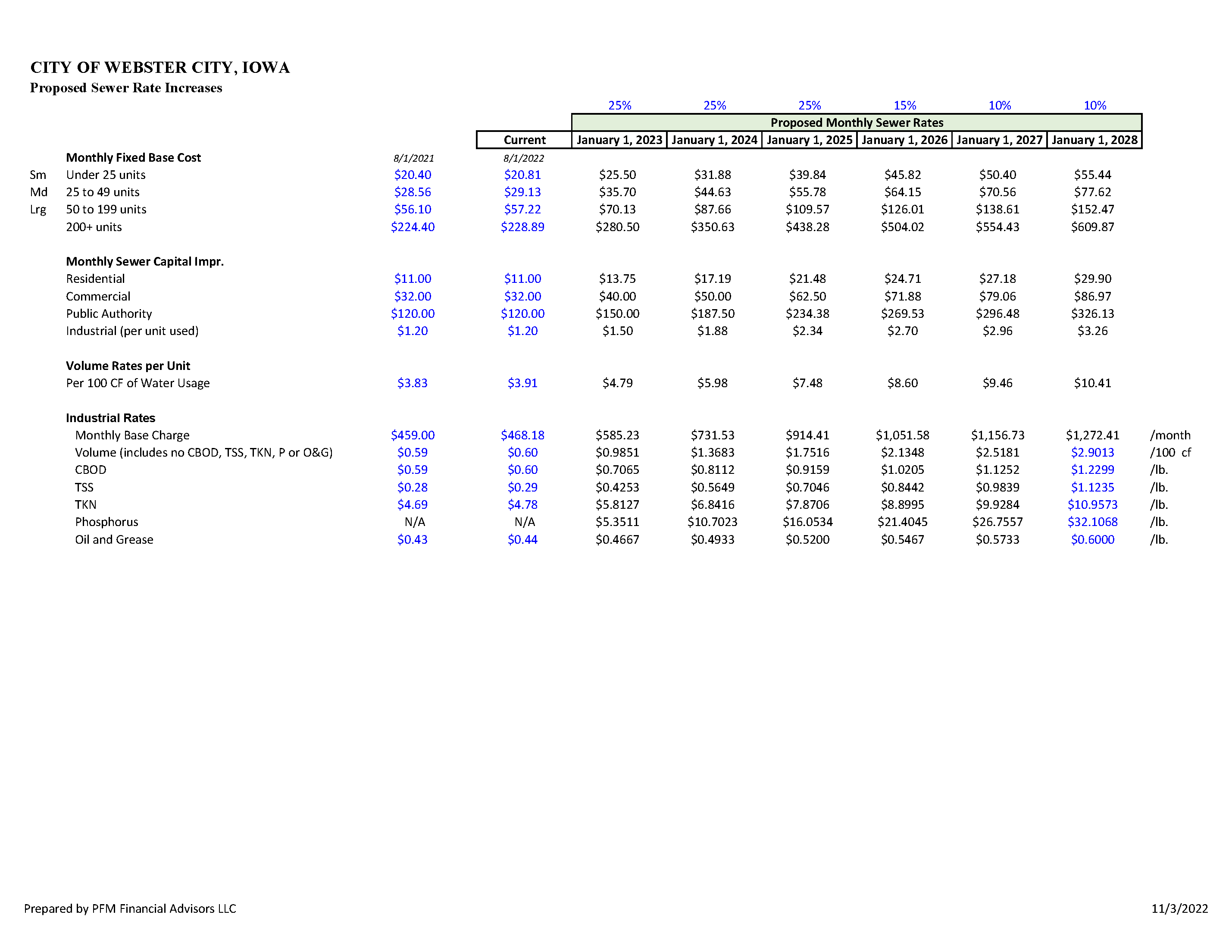 Download a copy of the Sewer Rate Impact chart

After careful consideration and review of loan options, the City will pursue a State Revolving Fund Loan and actively apply for grant opportunities that arise to help fund the construction of the wastewater treatment plant construction.

City Council adopts the third reading of the proposed sewer rate adjustment and the new rates will take effect January 1, 2023

*This schedule is subject to change based on supply chain and market conditions.