LOSST is similar to the Hotel/Motel Tax, in that it is a tax you see used directly in the community but paid for partly by people from outside of it.

In the past, LOSST funds have been used for the current county jail and most recently for street improvements.

Residents of the City will be voting on the renewal of the Local Option Sales and Service Tax (LOSST) on March 2, 2021.

If renewed the collection of this 1% tax will continue for sales and services in Webster City from residents as well as visitors.

The revenue has been used for street improvements to include storm, sidewalk, sanitary and water.

City plans to use the majority of future LOSST receipts to partially build the new and needed wastewater treatment plant, which in turn will help to keep future sewer rate increases as low as possible for businesses and residents.

The City plans to use the remaining future LOSST receipts to pay for streets improvements, but the language on the ballot will allow the money to be spent on other needed projects and improvements such as Parks, Recreation & Public Safety. 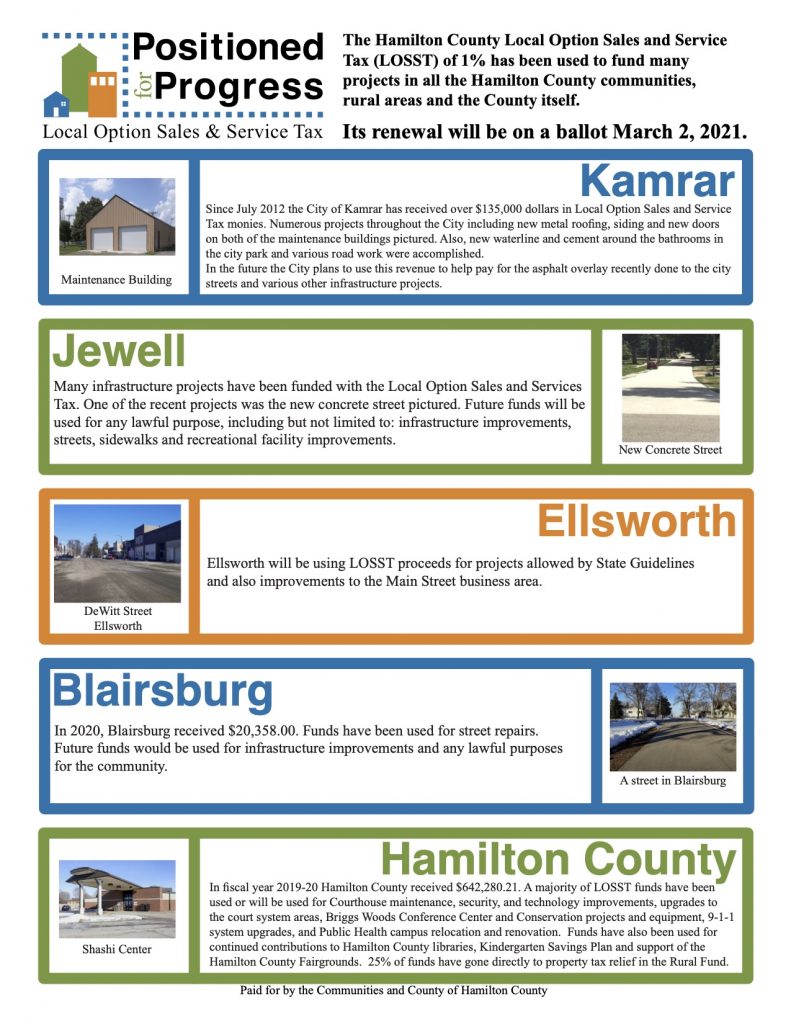 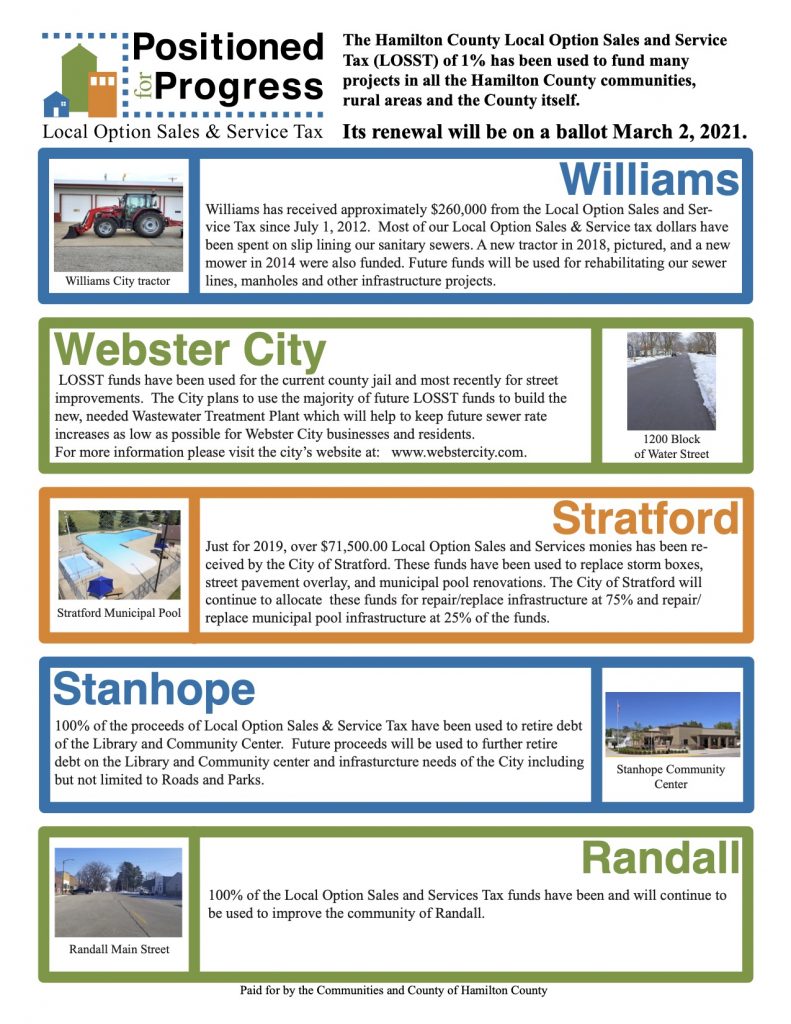