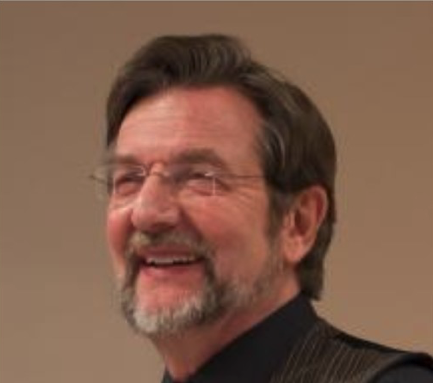 Most people are surprised to learn that popular Iowa novelist Robert James Waller (1939-2017) wrote and performed songs for years before he wrote fiction. He aspired to professional songwriting, and once traveled to Nashville where he auditioned his songs for producers. His song lyrics are dense, complex, lengthy and often deeply sad – not the stuff of pop hits. So Waller never developed his song-writing talents but his lyrics and melodies are worth enjoying and pondering in detail.

Dr. Cawelti will play six or seven Waller songs from a cassette and discuss each song in detail. Waller and Cawelti performed songs from 1980 to 1986 around Iowa with their former bad “Winter Ridge Handy”. One of the songs, “North Dakota Transfer”, directly echoes both the plot and character of Waller’s blockbuster novel, “Bridges of Madison County”. This song having been written at least a decade before “Bridges”. Dr. Cawelti’s talk will offer an in-depth appreciation of Robert James Waller from the perspective of his musical and song-writing talents and how they relate to his prose writing, including his essays and novels.