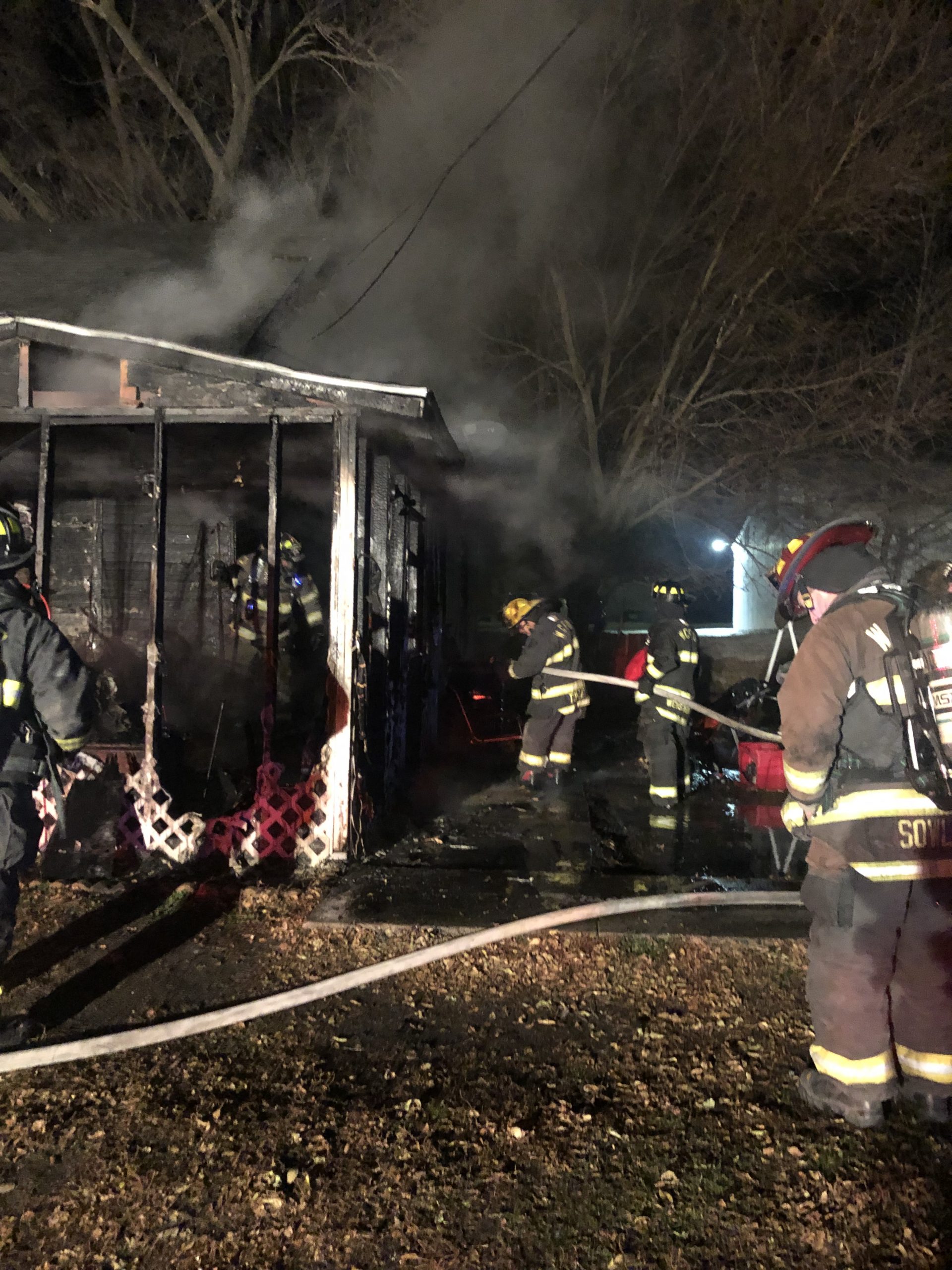 At approximately 2106 hours on November 21, 2021, Webster City Fire Department responded to the report of a house fire on the 700 block of Park Ave. E33 responded to the call, and upon arrival, found smoke and flames coming from a two-story, single-family residence. E33 began fire attack. The Fire Chief arrived, and took command.

The occupants stated that there were six individuals living at the residence, all were accounted for and out. A search team was established and did a primary search on the structure, it was confirmed that no persons were in the building. One family pet was located, and found to be deceased.

There was a live power line that had disconnected from the house. Webster City Line Department de-energized the line, and the gas to the home was turned off as well. The fire was quickly brought under control.

The WCFD began overhauling the structure looking for hot spots, and investigated the cause and origin of the fire. Based on initial findings, it appears that the origin of the fire was in the laundry room, cause is still under investigation, but was not found to be intentional.