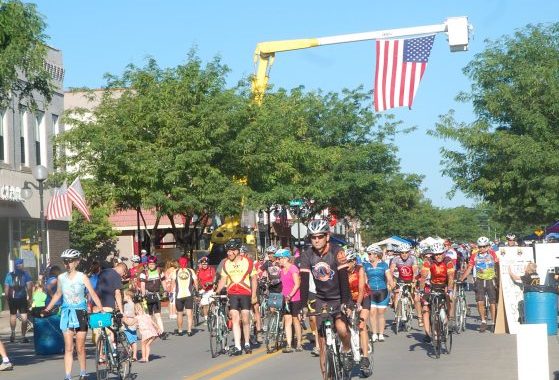 Webster City motorists may have to alter their normal driving patterns Tuesday when RAGBRAI riders pass through the community.

Officials said the bicycle traffic will make certain areas of the community congested on July 27. The majority of the riders are expected to ride through Webster City between 7 a.m. and 1 p.m.

The following intersections will be closed between 5 a.m. and 2 p.m. on July 27:

• 2nd and Alley between Oak and Maple

This marks the third time in the past 10 years that RAGBRAI has visited Webster City. In 2012, the community hosted the riders for an overnight stay. In 2015, the city was a pass-through town.

This year, the riders will stay overnight in Fort Dodge before heading out for Iowa Falls. Webster City is one of the communities the bicyclists will ride through on the way to their next overnight destination.

The route through Webster City will bring riders into town via James Street to Grove Street and then to Second Street, due to the street construction.