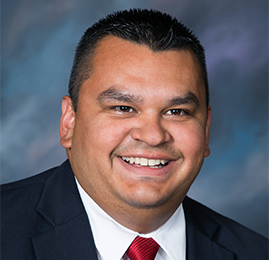 Ortiz-Hernandez was Webster City’s city manager from 2016 to 2018. He will begin his duties at the end of July.

The search for a new city manager has been underway since the resignation of Jeff Sheridan in December 2020. After an unsuccessful search and the fact that there are several communities in Iowa and the Midwest searching for a city manager at this time, city officials decided to pause before starting the search again.

Officials learned that Ortiz-Hernandez and his family wished to return to the Midwest, and so communication was initiated with him concerning the possibility of returning to the position.

Councilman Logan Welch said the city had exhausted efforts internally, locally and through headhunters to find an appropriate candidate.

“There’s a couple ways to look at this. Are we bringing someone from California back? Yes. But as I view it, we’ve attracted a young professional to our way of life here,” he said. “I’m pretty excited about this solution.”

Since 2018, he has been the city manager of Wasco, California, a city of 28,000 in California’s San Joaquin Valley. He relocated to California to be closer to family. After Ortiz-Hernandez and his wife Rachel each lost a grandparent, they wanted to provide an opportunity for the children to spend time with their grandparents and relatives during their early childhood years, according to city officials

Ortiz-Hernandez told the Daily Freeman-Journal Monday night that his family was looking forward to their return to Webster City.

“My wife and I reflected that we had some really fond memories of the community and when we decided to leave, everyone was appreciative and understanding of our reasons for moving back to California.

“When the city reached out to me and asked if I was willing to consider coming back, it really felt like coming home and coming back to a place we knew we enjoyed,” he said.

Ortiz-Hernandez also said he’s kept in touch with friends in the community over the past few years.

He earned a B.A. in political science from California State University, Northridge and Master of Public Administration degree with a concentration in urban management from Arizona State University where he was also a Marvin Andrews Fellow. He completed the University of Arizona’s Southwest Leadership Program and received a Certificate in Management and Organizations.

He started his career as a Section 8 Advisor with the Housing Authority of the City of Los Angeles. From 2009-2012 he served as Management Analyst in the City Manager’s Office in Casa Grande, Arizona; he was hired as the City Administrator in Kimball, Nebraska, in 2013. In 2016 he began working for the City of Webster City and accepted the position in Wasco, California in 2018.

In January 2020, he achieved the designation of Credentialed Manager under the International City/County Management Association. This designation signifies his commitment to continuous learning and professional development as a professional city manager. Ortiz-Hernandez has achieved this accomplishment through a significant combination of professional development and local government leadership experience above and beyond the daily demands of leading the organization.