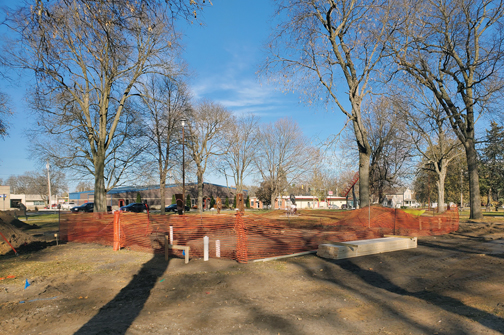 Public hearings were set for April 5 to consider plans and award contracts for shelter projects planned in Webster City parks this spring as the council met in regular session Monday.

The first project is the shelter house at Brewer Creek Park. The shelter, which sits at the bottom of Hospital Hill, has deteriorated, according to Ken Wetzler, public works director.

“The posts and windows are in bad shape that need to be replaced,” Wetzler said. “The posts holding the structure up are almost rotted through so we need to do something with it.”

He said the rafters need to be reinforced at their point of attachment to the chimney area.

A hearing on plans and estimates of cost for the West Twin Park Shelter will also be held on April 5. Wetzler said this project will just include concrete work and plumbing.

The city purchased a shelter kit from ABCreative in September 2020. Volunteers are expected to erect the structure once the concrete and plumbing has been placed. According to a memo to the council, the completion date is expected to be around June 15.

The council set a third hearing for April 5 to consider the form of contract and estimate the cost for furnishing materials for the 2021 Second and Beach Street electrical project.

“This is to convert the overhead to underground in that intersection,” Wetzler said. “The reason for the conversion is that the (utility) poles were not a good location, so now is the time to make that conversion.”

Wetzler said the bids would be for the cost of furnishing materials for the project. The line department will perform the work related to the project.