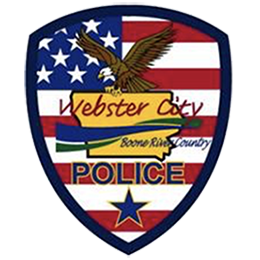 On October 14, 2020, at 1752 hours the Webster City Police Department responded to a report of a bomb left in the McDonald’s restaurant located at 400 Fairmeadow Drive.  The reporting party advised a subject had called the restaurant and stated a bomb had been placed in the building and was set to detonate at a specified time.

Following an investigation into the incident, two juveniles from Webster County were identified as the subjects responsible for the phone call to the McDonald’s restaurant.  Due to the ages of the two subjects, their names are not being released.  Both subjects are being referred to Juvenile Court Services for the delinquent act of False Reports, a Class D Felony.