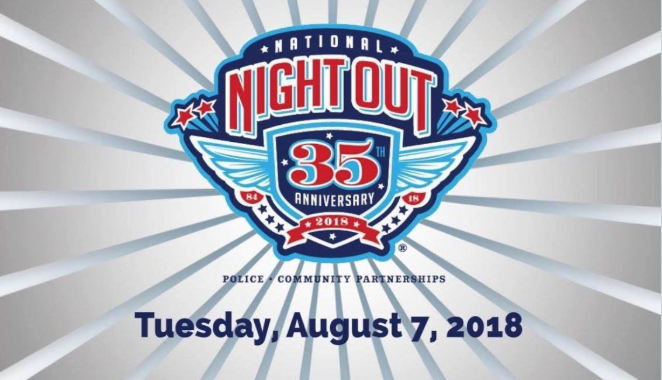 Hamilton County residents are invited to take part in the upcoming National Night Out on Tuesday, Aug. 7 from 5 to 7 p.m. at West Twin Park. The event celebrates police and community partnerships, according to Sheriff Doug Timmons, one of the organizers.

Timmons said the National Night Out is about relationship building and building trust.

“This event is to get the community together and to show that law enforcement isn’t there against the people — we’re there with them, to help them,” he said. “We’re just like everyone else. We have kids and families and we’re here to help keep everybody safe.”

A light meal will be served and there will be games and activities.

The National Night Out will involve many of the county and state law enforcement agencies. In addition to Timmon’s department, Webster City Police Department, Webster City Fire Department, Van Diest Medical Center, County Conservation, the Iowa Department of Natural Resources, the Iowa State Patrol, motor vehicle enforcement division and the Iowa Division of Criminal Investivation are expected to take part. Serving Our Servants (SOS) will have a booth, he said.

“Everyone is going to have booths set up and there will be hand outs for the adults and games and give-aways for the little ones,” he said.

“Crime Stoppers will have an activity and there will be some photo opportunities,” Timmons said. “It really should be a great family night.”

Timmons added that an old sheriffs car with a jail cell will be on display.

Seneca Street in front of McFarland Clinic will be closed during the event, according to Timmons.

Click here to view the article as it originally appeared in the Daily Freeman-Journal.